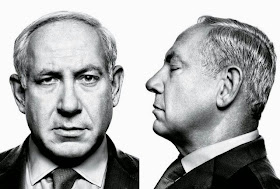 For as long as we can remember, Netanyahu has insisted that "time is running out" on preventing Iran from acquiring nuclear weapons, despite the fact that Iran has no nuclear weapons program.

In July 2013, he declared that Iran is "getting closer and closer to the bomb." A few months before that, in a speech to the AIPAC, the leading Israel lobby in Washington, he said Iran "is running out the clock" and "has used negotiations, including the most recent ones, to buy time to press ahead with its nuclear program."

And on and on.

In a nauseating speech before a Joint Session of Congress on May 24, 2011, Netanyahu said, "When I last stood here, I spoke of the consequences of Iran developing nuclear weapons. Now time is running out, the hinge of history may soon turn, for the greatest danger of all could soon be upon us: a militant Islamic regime armed with nuclear weapons."

His memory was correct. He did deliver a harrowing warning about Iran to a Joint Session of Congress in 1996. And his rhetoric was nearly identical. Here's part of it (followed by a transcript):

Netanyahu: The most dangerous of these regimes is Iran, that has wed a cruel despotism to a fanatic militancy. If this regime, or its despotic neighbor Iraq, were to acquire nuclear weapons, this could presage catastrophic consequences, not only for my country, and not only for the Middle East, but for all mankind.

I believe the international community must reinvigorate its efforts to isolate these regimes, and prevent them from acquiring atomic power. The United States and Israel have been at the forefront of this effort, but we can and must do much more. Europe and the countries of Asia must be made to understand that it is folly, nothing short of folly, to pursue short-time material gain while creating a long-term existential danger for all of us.

Only the United States can lead this vital international effort to stop the nuclearization of terrorist states. But the deadline for attaining this goal is getting extremely close.

Sound familiar? Yes, naturally. The script has remained the same for the past two decades. So identical are the talking points, in fact, that while Netanyahu said "now, time is running out" in 2011, here's what he said back in 1996, during his speech to Congress:

Sigh. Despite Netanyahu's constant visibility and years of repetition on this issue, he should not be credited with introducing it. A year before his 1996 speech to Congress, then-Israeli Prime Minister Yitzhak Rabin said much the same thing.