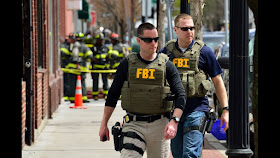 We’ve seen the headlines hundreds of times: "ISIS plot foiled," "ISIS in Brooklyn," "Woman Stopped At Airport on Way to Join ISIS." These stories strike fear into the hearts of Americans everywhere, especially in the build-up to the war effort against ISIS in Summer 2014.

The terror group was everywhere, recruiting our teenagers and attempting to strike in every major city––seemingly all at once. But what do these headlines mean exactly? What is an "ISIS plot" anyway? What is the gap between the image the media provides versus the reality of what's occurring?

On this week's episode we dive into the 17-year-long phenomenon of the US media assisting the government's war on terror by parroting dubious claims of al-Qaeda and ISIS plots when the vast majority of the time––no al-Qaeda or ISIS are involved.

With guest Pardiss Kebriaei, Senior Staff Attorney at the Center for Constitutional Rights.

Pardiss Kebriaei is a Senior Staff Attorney at the Center for Constitutional Rights. She was lead counsel for CCR in Al-Aulaqi v. Panetta, which challenged the killings of three American citizens in U.S. drone strikes in Yemen, and Al-Aulaqi v. Obama, which challenged the authorization for the targeting of an American citizen added to secret government “kill lists.” She represents current and former Guantanamo detainees, as well as the families of two detainees who died in Guantanamo in 2006. Her writing has appeared in Harper's Magazine, The Nation, and the Yale Law & Policy Review.