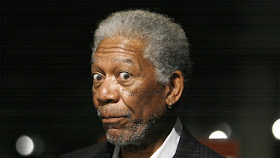 On the latest Patrons-Only Citations Needed News Brief, Adam and I look at the embarrassing launch of a new Red Scare group called the Committee to Investigate Russia (CIR). Their inaugural video features an extremely earnest Morgan Freeman fear-mongering about the Russian "attack" on Amurica and the necessity to now "save democracy."

The CIR Advisory Board boasts at least four hard-right, pro-Iraq War, pro-torture Bush flunkies, alongside other assorted neoconservative ghouls. And also Rob fucking Reiner, for some weird reason. Oh right, because for lifelong Clintonites, any excuse to absolve the 2016 Democratic Presidential Candidate of responsibility for losing the most winnable election of all time will receive full-throated support.

The whole thing is a shameful mess of propaganda.

If you want to check it out, head over the our Patreon page and sign up to support the show. You'll get all the exclusive content!