The Washington Post and the "Nuclear Weapons Program" That Wasn't 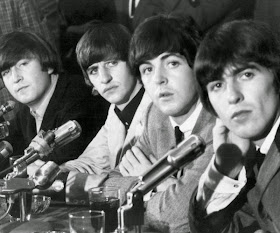 Back on April 27, the Washington Post updated an article about a new poll showing that, despite ongoing multilateral talks, over one-fifth of Republicans currently support a military attack on Iran. The short piece referenced John McCain's infamous 2007 "bomb, bomb, bomb, bomb bomb Iran" quote (sung by a terrible old man to the tune of "Barbara Ann"), but soon after it was published the Post issued the following humble correction and clarification:

Kudos to the Post for forthrightly addressing and correcting such an appalling mistake. It's comforting that the author is as embarrassed and remorseful as he seems. He should be. Yeeesh. (Still, it's questionable whether The Beach Boys should ever be described as oldies, in the "Golden Oldies" sense, and even more suspect to place The Beatles in that - or any - category.)

Unfortunately, the article, written by Aaron Blake for the paper's "The Fix" blog, contains another egregious error - and this one has yet to be remedied.

In describing the recent Quinnipiac poll in which bombing Iran is supported by 13% of Americans (including 21% of self-identifying Republicans) over continuing nuclear negotiations, Blake notes that, in official circles, "basically nobody is talking about the United States taking military action to rein in Iran's nuclear weapons program — at least at this point."

At this point, it should be perfectly clear to professional journalists and their editors that international intelligence assessments consistently affirm that Iran has no nuclear weapons program. What Iran does have, however, is a nuclear energy program with uranium enrichment facilities, all of which are under international safeguards, strictly monitored and routinely inspected by the IAEA. No move to divert nuclear material to military or weaponization purposes have ever been detected. This is consistently affirmed by U.S., British, Russian, and even Israeli intelligence, as well as the IAEA. In fact, the IAEA itself has said there is "no concrete proof" Iran's nuclear program "has ever had" a military component.

The poll, albeit misleading and speculative, is more careful in its language than Blake's summary. Here's the full question posed to respondents: "Would you prefer military intervention against Iran's nuclear program or a negotiated settlement to reduce its nuclear potential?"

The conflation of Iran's nuclear energy program with a nonexistent nuclear weapons program, as Blake demonstrates here, has plagued the news media for years and served to grossly misinform the public on the realities of Iranian intentions and capabilities. Though you wouldn't know it from Blake's report, Iran has no "nuclear weapons program" for the United States - or anyone else - "to rein in."

Perhaps more disappointing is that Blake's offending phrase was published in the first place, especially considering that this precise issue of conflation, journalistic shorthand, and loose language has been specifically addressed before by Blake's own paper.

In December 2011, Patrick B. Pexton, then The Washington Post's ombudsman, challenged the paper's routinely irresponsible and alarmist reporting on Iran's nuclear program, writing that the IAEA "does not say Iran has a bomb, nor does it say it is building one," and warned that such misleading characterizations of such an important issue "can also play into the hands of those who are seeking further confrontation with Iran."

Others in similar roles at leading media organizations concurred. The following month, in January 2012, New York Times Public Editor Arthur Brisbane responded to reader complaints that the paper's reporting on Iran's nuclear program was misleading and that the use of shorthand phrases legitimized and perpetuated false narratives. Brisbane agreed.

"I think the readers are correct on this...In this case, the distinction between the two [a nuclear energy program and a nuclear weapons program] is important because the Iranian program has emerged as a possible casus belli," he wrote.

Days later, National Public Radio ombudsman Edward Schumacher-Matos weighed in. "Shorthand references are often dangerous in journalism, and listeners are correct to be on the alert for them," he noted. "Repeated enough as fact - 'Iran's nuclear weapons program' - they take on a life of their own." Schumacher-Matos added that, at the behest of NPR's Senior Editor for National Security Bruce Auster, "NPR's policy is to refer in shorthand to Iran's 'nuclear program' and not 'nuclear weapons program'" and concluded, "This is a correct formula."

The next year, in June 2013, The Guardian's Readers' Editor Chris Elliott reached a similar conclusion, agreeing that the use of the term "nuclear weapons program" with regard to Iran is misleading and should be avoided.

In September 2013, after leaving the Post, Pexton chimed in again, doubling down on his assessment that speculating on Iranian intentions had no place in news reporting, especially when there is no evidence of a weapons program.

Offhand, erroneous descriptions repeated constantly in the media clearly go a long way toward turning an evidence-free speculation and hawkish talking point into an assumed fact. Throughout his own post, Blake's tone is that of disbelief that over a tenth of the America public would want to bomb Iran rather than support diplomacy. Perhaps the problem is that they've been reading - and believing - reports like the one Blake himself wrote.

Considering the Post's well-known editorial line on Iran and past disregard for the suggestions of its former ombudsman (a position the paper eliminated permanently following Pexton's departure in early 2013), there is little hope that Blake's phrase will be corrected.

But, hey, at least they eventually got the Beatles thing right. For chrissake, people.