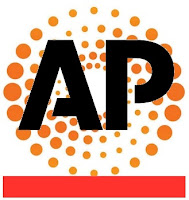 Iran has ruled out any nuclear inspector access to its military bases, a position rejected by the Western powers.

While the merits of the allegations about Iran's previous work remains suspect, this particular claim - that Iran is refusing to admit any inspectors access to non-safeguarded, non-nuclear sites - is curious in light of a report published this past Sunday by the Associated Press, another major international newswire.

Dareini writes that, contrary to a previous statement by Iranian leader Ayatollah Ali Khamenei refusing IAEA access to military facilities, Iranian Deputy Foreign Minister Abbas Araghchi told state television that "Iran has agreed to grant managed access to military sites." This approach was confirmed by Ahmad Shoohani, a member of the Iranian parliament's National Security and Foreign Policy Committee, who explained, "Managed access will be in a shape where U.N. inspectors will have the possibility of taking environmental samples from the vicinity of military sites."


So which one is it? No military site visits, as reported by Reuters today, or "managed access" to certain sites, as reported by the Associated Press five days ago? It seems pretty clear that it's the latter.

Is it Reuters policy to ignore AP reports or did the report's author Michael Shields and editor Mark Heinrich just make a mistake? Perhaps the real question at this point is, when will Reuters update the piece and issue a correction? Time will tell.