On Friday, actress Scarlett Johansson, or rather her public relations team, finally responded to criticisms of her decision to become the first "brand ambassador" for the Israeli company SodaStream, which manufactures home carbonation machines and operates primarily out of a massive settlement complex in the West Bank.

In a statement released to Huffington Post, Johansson dismisses outrage over her support for a corporation that exploits occupation and colonization for financial gain as "noise" and insists she is dedicated to "conscious consumerism and transparency."

Johansson's role as an Oxfam Global Ambassador, a position she has held for eight years, may be in jeopardy. Oxfam has already expressed its disappointment over Johansson's affiliation with SodaStream, which has long been a target of the BDS movement.

"Oxfam believes that businesses that operate in settlements further the ongoing poverty and denial of rights of the Palestinian communities that we work to support," a statement from the international charity read. "Oxfam is opposed to all trade from Israeli settlements, which are illegal under international law."

"We have made our concerns known to Ms Johansson and we are now engaged in a dialogue on these important issues," it continued.

Still, Oxfam has yet to disassociate itself from Johansson.

A number of comprehensive articles have already provided a breakdown of the controversy, including excellent posts by the New York Times' Robert Mackey and Gizmodo's Ashley Feinberg.

It is likely that Johansson had little to do with the statement published in her name by her public relations team. It reads less like a response to reasonable criticisms regarding morality, hypocrisy, injustice and international law, than a press release penned by the SodaStream communications department meant to whitewash the company's complicity with the occupation.

The most egregious section of the statement reads:


I remain a supporter of economic cooperation and social interaction between a democratic Israel and Palestine. SodaStream is a company that is not only committed to the environment but to building a bridge to peace between Israel and Palestine, supporting neighbors working alongside each other, receiving equal pay, equal benefits and equal rights. That is what is happening in their Ma'ale Adumim factory every working day."

Well that sounds just lovely, doesn't it? Sure, but the reality is that those three sentences contain so many absurdities and fallacies, it's clear Johansson and her team are either wholly ignorant of the facts or are being willfully deceitful in their defense of the indefensible. 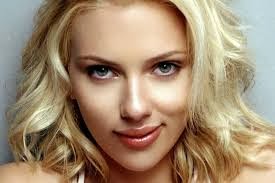 Unmentioned in Johansson's letter is any mention of the occupation. Or that, like all settlements, Ma'ale Adumim is unquestionably illegal under international law. Or that Scarlett Johansson has never actually visited the SodaStream factory in the West Bank, so her concept of "what is happening" there "every working day" isn't based on any personal experience.

The "economic cooperation and social interaction" encouraged by Johansson are fantasies; the equality she imagines is an appalling fiction. Further, the ideological leanings of whomever actually wrote the statement are revealed by the inclusion of the term "democratic Israel" as juxtaposed to "Palestine."

And which Palestine is Johansson describing? The one conquered, occupied and colonized by "democratic Israel"? The one that exists in name only on ostensibly 42% of the 80% of the 22% of 100% of historic Palestine? The one under complete Israeli control?

One might want to ask Johansson how many of the Palestinian laborers working at the SodaStream factory located in an industrial park alongside an illegal settlement in "Area C" of the occupied West Bank are eligible to vote in "democratic" Israeli elections. The answer is zero.

Area C, which covers roughly 61% of the West Bank, is under full Israeli authority and military occupation. It encompasses all Israeli colonies and the vast majority of the West Bank's natural resources, aquifers, oil reserves, closed military zones, and open, arable land.


Although 150,000 Palestinians live in Area C, more than 99% of the land is closed to Palestinian development, while 68% or more is reserved for illegal Israeli settlement use and expansion—a policy enforced by Israeli soldiers and militarized bulldozers.

According to numerous World Bank reports, the chief impediment to Palestinian economic growth is Israeli restrictions over Area C, which have “constrained growth, investment and consequently job creation.”

Because of these restrictions, Palestinians must resort to working in Israeli-owned “industrial parks” — located on Palestinian land, but ultimately serving Israeli industry. Although SodaStream boasts that its factory—located in the Mishor Adumim industrial park in the illegal settlement of Ma'ale Adumim—provides Palestinian employment, its very existence as part of the Israeli settlement regime is what prevents Palestinian self-sufficiency and economic development—essentially preventing a viable Palestinian future, while guaranteeing a captive labor force.

SodaStream pretends to be the solution to a problem it has helped to create, and from which it profits by exploiting land and labor.

Lack of access to their own land and resources, imposed by Israeli restrictions, costs the already battered Palestinian economy at least $3.4 billion annually.

For Johansson's statement to claim that SodaStream is "building bridges" (a phrase lifted straight from the corporation's own marketing campaigns) and "supporting neighbors working alongside each other" would be laughable if it weren't so tragic.

The occupation of Palestine is immensely profitable for Israel. SodaStream and companies like it thrive on the privilege afforded by colonization and the domination of a victimized, vulnerable indigenous population. The economy of Palestine, however, has been stifled, strangled and crushed by Israeli occupation.

While couched in bromides about terrorism and security, Israel's extreme right-wing Economy and Trade Minister Naftali Bennett suggested this past week that the creation of a Palestinian state in the West Bank would destroy Israel's economy, a peril he obviously seeks to avoid permanently by maintaining Israeli sovereignty over all of historic Palestine.

Furthermore, as Israeli journalist Mairav Zonszein aptly writes in +972 Magazine, "Calling Israelis and Palestinians in the occupied West Bank who work for SodaStream 'neighbors' with 'equal rights' is beyond naive – it is insulting." Palestinians living under colonial Israeli rule do not have the same rights as their Jewish "neighbors"; rather, they have no freedom of movement, are subject to Israeli military - not civilian - courts, and "experience systematic discrimination in every aspect of life," which is repressively governed by a set of over 3,000 military orders.

Even the president of the Israeli military courts in the West Bank admitted last year that the courts "systematically deny Palestinians the right to a fair trial" and violate legal requirements under the Geneva Conventions. In 2011, Ha'aretz reported, "Virtually all - 99.74 percent, to be exact - of cases heard by the military courts in the territories end in a conviction." Just this month, the paper revealed that "Palestinians have been prohibited from challenging military court decisions to confiscate their property, under a new injunction signed last month by the head of the Israeli military's Central Command."

The equal rights that Johansson praises on the SodaStream factory floor don't exist. The colonizer and the colonized are not equal. The occupier and the occupied are not equal. Mishor Adumim, the industrial park in which the SodaStream plant is located, is a veritable "no-man's land" of labor exploitation, unregulated or inspected by Israel's Industry, Trade and Labor Ministry.

Mishor Adumim is part of the massive Israel settlement of Ma'ale Adumim, which sits atop land emptied of its native Jahalin Bedouin population in the early 1950s by Israeli ethnic cleansing policies and stolen from the Palestinian towns of Abu Dis, Azarya, Atur, Issauya, Han El Akhmar, Anata and Nebbi Mussa.

A fortified hilltop complex housing about 40,000 Israeli settlers, Ma'ale Adumim juts deep into the West Bank eight miles from Jerusalem, nearly bisecting the remaining Palestinian territory. The settlement lies adjacent to and has municipal jurisdiction over the occupied area known at E1, which cuts off East Jerusalem from the rest of the West Bank.

This is all by colonial design. Ma'ale Adumim has been called Israel's "linchpin" settlement, already responsible for making any (at this point purely hypothetical) two-state solution impossible.

In 2004, Benny Kashriel, the mayor of Ma'ale Adumim, declared that the settlement was deliberately "established to break Palestinian contiguity. It is Jerusalem's connection to the Dead Sea and the Jordan valley; if we weren't here, Palestinians could connect their villages and close off the roads. Ma'aleh Adumim [sic] necessarily cuts the West Bank in two."

The following year, he tried to claim the opposite. "The Palestinians misinform the Americans and the Europeans - they say building in E1 will cut a Palestinian state in two. This is absolutely not true at all," he said.

But Daniel Seidemann, Israeli attorney and expert on the development of Jerusalem, has set the record straight. Building settlements in "E1 is the ultimate unilateral act," he has said. "It creates a non-contiguous West Bank that can never become a viable Palestinian state."


In December 2009, the Israeli human rights group B'Tselem similarly reported, "The geographic location of Ma'ale Adumim also infringes the collective right of the Palestinian people to self-determination. The settlement severs the West Bank at a strategic point, dividing it into two cantons, thus making it impossible to establish a viable Palestinian state with reasonable territorial contiguity."

The report added, "Completion of the Separation Barrier along its approved route and implementation of the building plans for E1 in their entirety will worsen the infringement of Palestinians' human rights."

When Michael Ratner of the Center for Constitutional Rights visited Ma'ale Adumim in 2010, he wrote, "You're seeing an area that's being ethnically cleansed... You're seeing the architecture of apartheid... an open and notorious taking of land, a pass system, an apartheid system," adding that, due to these gigantic settlement blocs, the idea of successfully implementing a two state solution is "completely ridiculous. It's three Bantustans in the West Bank, with Israel controlling everything."

"You can't build a Palestinian state in the West Bank -- the settlements [and road infrastructure built for them] have permanently cantonized the territory," Israeli historian Meron Benvenisti said in late 2012. "Yes, E-1 will certainly cut Jerusalem off from Ramallah in the north and Hebron in the south -- but they're already cut off." By what, you may wonder? Ma'ale Adumim.

This, apparently, is all part of the noble bridge building Scarlett Johansson imagines SodaStream is doing.

On Sunday, January 26, in an open letter, the grandson and grand-nephew of two of the founders of Oxfam called upon the charity to dissociate itself from the actress. "Scarlett Johansson, by endorsing the kind of SodaStream propaganda that underwrites the Israeli occupation, is acting as an ambassador for oppression," Hubert Murray wrote. "I urge Oxfam America to disassociate itself from Ms. Johansson so long as she chooses to represent SodaStream. I am certain my grandfather and great-uncle would agree with me."

Oxfam can still do the right thing. The calls for action grow stronger.

And even though SodaStream continues to profit from the suffering of others, the voices of solidarity and justice are rising up faster than the bubbles in Scarlett Johansson's head.