Fashion Photography on the Streets of Iran, Then and Now 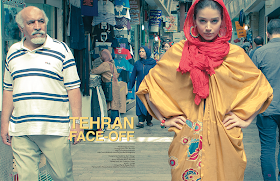 Making the rounds this past week was a sneak preview of a fashion spread in San Francisco-based Fashionable, Sexy, Haute and Naughty Magazine (FSHN), which the magazine is touting as the “first ever complete high fashion editorial, shot in IRAN [sic].” The photographs were taken by Afra Pourdad at the Tajrish Bazaar in North Tehran and at the exquisite Manouchehri House, an historic Safavid era residence turned boutique hotel, in the central Iranian city of Kashan. 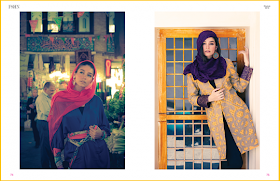 “At FSHN Magazine our mission is to create a publication that transcends global boundaries and the leading publication showcasing emerging designers from all around the world,” said the magazine’s publisher Elisabeth Thieriot. ”This editorial featuring the work of ‘Zarir Design’ and shot by the incredibly talented and courageous Afra Pourdad gives the world a peek behind the iron curtain and lets you see the contradictions and culture of everyday Iran. We are proud to be the magazine which could showcase this amazing editorial.”

The editorial, according to FSHN, showcases a “new generation of 20 somethings pushing the boundaries that have defined for them over centuries” in Iran. “Staying with respectable limits of their religion, indigenous fashion in Iran is coming of age.”

As for the claim that this is the first such editorial ever shot in Iran, Vogue - for one – might disagree.

In 1969, renowned fashion and celebrity photographer Henry Clarke shot a spread for the magazine at locations around Iran, including the ancient Persian ruin of Persepolis, the Tomb of Hafez in Shiraz, mosques in Esfahan, and palaces in Tehran. Thankfully preserved for posterity by the great online repository of Iranian art and culture, Shahre Farang, the entire Vogue collection can be seen here. 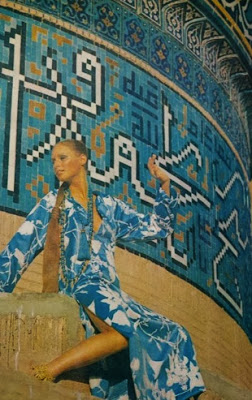 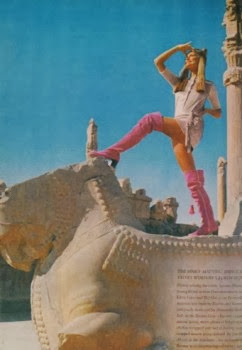 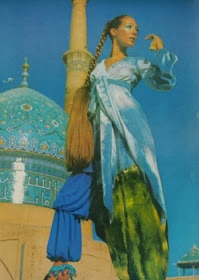 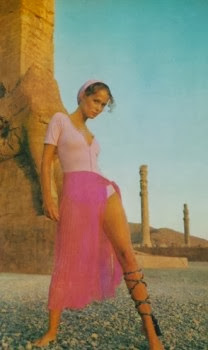 But you don’t have to go back to the days of the Shah to see photographs of models and fashion design on the streets of Iran. Take, for example, the stylish Shiraz-based clothing and handmade leather company “Poosh,” founded in April 2012 by designer Farnaz Abdoli.

Season after season, Abdoli, who has a degree in Graphic Design from the Saryian Higher Education Institute in the Caspian coast town of Sari, churns out her own brand of “street fashion” for the modern Iranian woman (and, sometimes, man). The gorgeous photographs that accompany every newly-launched line of “Poosh” clothing are a testament to the “coming of age” and cutting edge of Iranian fashion and proof that Iran is still no stranger to fashion photography.

Below are some of Abdoli’s designs: 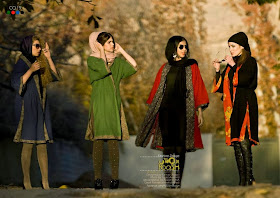 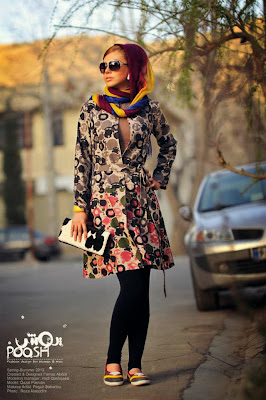 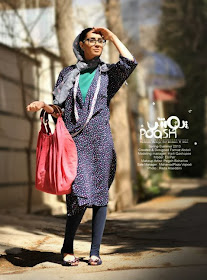 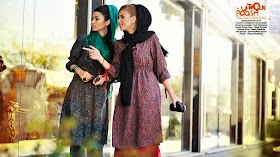 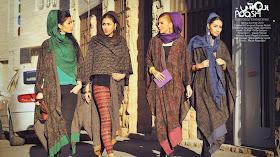 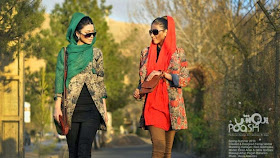