Citations Needed, Episode 35: The Total Blackout of the Korean Left 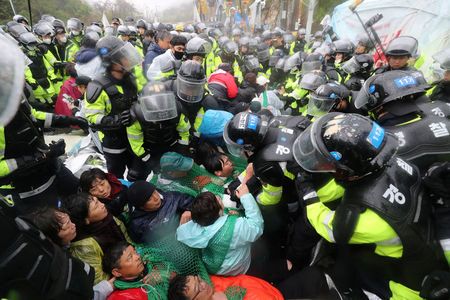 When Americans read about the Korean "conflict" in the Western press, the articles are populated almost entirely with Serious Western Talking Heads, weapons contractor-funded think tank "fellows," and former and current U.S. military brass. Who's never consulted, much less heeded, are peace and left activists from the Korean peninsula.

The notion that perma-hostility from the U.S. and arming the South to the teeth is in Korea's best interest -- and is assumed to be popular -- is simply taken for granted by U.S. media. But is this a reflection of the sentiments of most Koreans? What are the forces that oppose nonstop U.S. military occupation and endless war? How come we rarely, if ever, hear from them? And who does this wide spread erasure benefit?

Our guest today is Christine Ahn of Women Cross DMZ.

Christine Ahn is founder and international coordinator of Women Cross DMZ, a global movement of women mobilizing to end the Korean War, reunite families, and ensure women's leadership in peace-building.