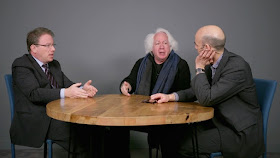 
The unlikely rise of Trump in the past three years has created a chasm in the Republican party: those who embrace the President’s wild, unorthodox, nativist style and those who––with much posturing and self congratulation––reject his brand of conservatism. The latter group, generally called “NeverTrump” Republicans occupies a special, protected status in Serious Centrist media––despite representing only 5% of the American population.

Major outlets like The Washington Post, The Atlantic and the New York Times employ roughly 20 #NeverTrump conservatives between them; there is no greater affirmative action policy in U.S. media than for anti-Trump conservatives. So long as they reject Trump, #NeverTrump pundits can get away with the most odious points of view––anti-Arab racism, climate change denial, literally suggesting women be hanged en masse for having abortions.

What accounts for this? Where does the institutional obsession with finding a Reasonable Republican come from and why is there such a widespread denial that Donald Trump does, in fact, actually and accurately represent the GOP as it exists today?

We are joined by Slate's Osita Nwanevu.

Osita Nwanevu is a staff writer at Slate.