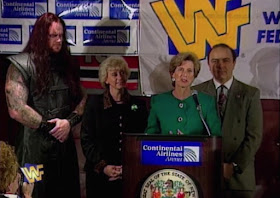 Previously on Citations Needed, we discussed the notion of "Lotteryism," that is, the use of the media by large corporations to obscure solidarity in favor of morality tales of "making it."

It's a scam to extract resources from local governments in hopes they can "win" corporate cash, headquarters, facilities, and, of course, the promise of "jobs". Cities around the US and the world debase themselves to compete for the "honor" of hosting the Olympic Games, the World Cup, or just a new sports team - shelling out millions, if not billions, of public funds to build arenas and stadiums that average citizens often can't even afford to set foot in.

On this episode, we discuss how the media helps sports owners and other corporate forces fleece the public. With guest Dave Zirin of The Nation.

This is the last Citations Needed episode of 2017. We'll see you next year and thanks for listening, sharing, and supporting the show!

Dave Zirin is Sports Editor for The Nation and author of eight books on the politics of sports, including Bad Sports: How Owners Are Ruining the Games We Love, and most recently, Brazil’s Dance with the Devil: The World Cup, The Olympics, and the Fight for Democracy. He also hosts The Nation’s Edge of Sports podcast. Follow him on Twitter @EdgeofSports.