On the Recent Executions in Iran 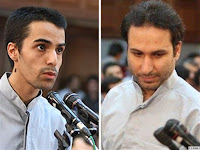 "What do you have to say about the reports of these protesters being executed?"


My short answer is this:

I don't approve of any form of capital punishment and wish that nobody were condemned and put to death, anywhere.

My longer, more pertinent answer is this:

The two young men who were executed at the end of January, Mohammad Reza Ali-Zamani and Arash Rahmanipour, had nothing to do with the post-election protests. Even though almost EVERY single news outlet and human rights group has claimed that the men were arrested in the aftermath of the June 12th reelection of President Ahmadinejad, it's not true. Amazingly enough, in the English speaking press, the truth had to come from the US gov't-run Voice of America (of all places!) which, on January 30th, reported:

"Both [opposition] leaders [Mir Hossein Mousavi and Mehdi Karoubi] noted that the executed men 'were arrested months before the June 12 election and their cases had nothing to do with post-election events.'"

That's coming directly from the leaders of the anti-Ahmadinejad movement! Apparently, the two condemned and executed men were found guilty of numerous things - a verdict I disagree with because I don't think the accusations warrant a death penalty, or that any charges do - including moharebeh, which means "taking up arms against Iran's Islamic system," inciting violence and insurrection, and being members of an organization called Anjoman-e Padeshahi-e Iran (also known as Soldiers of the Kingdom Assembly of Iran, Iran Monarchy Committee, Iran Royal Association, or Tondar), which is an anti-government terrorist group based mainly in Los Angeles that advocates for the forceful overthrow of the Islamic Republic and the restoration of Iranian monarchy, namely the deposed Pahlavi dynasty. Tondar has committed a number of violent acts in Iran, including the 2008 explosion of a mosque in Shiraz where 12 people were killed and over 200 injured, and has been accused of carrying out the recent (January 2010) assassination (via remote controlled motorcycle bomb) of Dr. Massoud Ali-Mohammadi, a particle physics professor at Tehran University, although the group itself denies any responsibility.

The claims that Ali-Zamani and Rahmanipour were detained and convicted for their involvement in post-election actions is bogus since both men were arrested well before the June 2009 election for their connection to the 2008 mosque bombing and were both in prison during the election and subsequent fallout.

In an article, disingenuously titled "Iran 'executes' two over post-election unrest," the BBC even quotes Rahmanipour's lawyer, Nasrin Sotoudeh, saying as much: "He was arrested in Farvardin [the Iranian month covering March-April] - before the election - and charged with co-operation with the Kingdom Assembly."

Nevertheless, the White House felt the need to condemn the execution of the two men tried and convicted of sedition. "We see it as a low point in the Islamic Republic's unjust and ruthless crackdown of peaceful dissent," Bill Burton, deputy press secretary for the White House, told reporters. "Murdering political prisoners who are exercising their universal rights will not bring the respect and legitimacy the Islamic Republic seeks," he continued. "It will only serve to further isolate Iran's government in the world and from its people."

Apparently, according to Obama's administration, it is every Iranian's sovereign right - or perhaps, duty - to work with separatist groups, funded by the United States, to commit violent acts against the Islamic Republic. This is now classified as "peaceful dissent."

So, my final answer is this:

While the death penalty is bad, demonizing, misinformed and deliberate anti-Iranian propaganda spread rapidly and rabidly by the Western press may be far, far worse.

A Plea Grows in Brooklyn:
An Open Letter to District 11 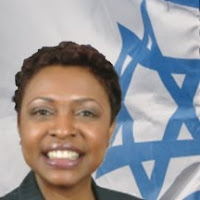 An Open Letter to the Concerned Constituents of New York's 11th Congressional District:

By now, I am sure you are well aware of the appalling and unconscionable retraction of Brooklyn congresswoman Yvette Clarke's signature from two recent Dear Colleague letters to President Obama and Secretary of State Hillary Clinton regarding lifting the illegal siege of Gaza and permitting Palestinians to travel between the Occupied Territories. Whereas I was proud of Ms. Clarke's initial stance and courage to be one of the very few who signed onto the letters, I am absolutely outraged by this sudden reversal.

For the past year or so, Ms. Clarke, Democratic representative of New York's 11th District, has been one of the very few humane politicians on the issue of Palestine. She did not sign onto a bogus, seemingly pro-ethnic cleansing bill (H. Con. Res. 111) entitled, "Recognizing the 61st anniversary of the independence of the State of Israel," and was one of only 36 legislators to cast a "no" vote on the AIPAC-written Congressional call to dismiss and bury the findings of the Goldstone Report. Nevertheless, it appears that a meeting with a group of local ultra-Orthodox Jewish leaders on February 1 has led Ms. Clarke to regret her support for those two letters.

After this meeting, Ms. Clarke released an Open Letter to her constituents, in which she claimed to "understand how important the safety and security of Israel is to my constituents and the close ties that many share with the great Jewish State [sic]" and regretted adding her signature to the two letters, which she now amazingly concludes, "do not reflect my record with regards to Israel." She goes on to write that the letters "have a provocative and reactionary impact, as they do not provide a complete, and therefore accurate, picture of the situation. They also do not offer a constructive and two-sided balanced solution to the issues facing the region."

Within her despicable "apology" are even the repeated lies about the "threat" that Iran, which has no nuclear weapons and has not attacked any country in over two centuries, now poses to the colonial-settler, expansionist, aggressive, and nuclear-armed garrison apartheid state of Israel. "Israel finds itself confronted with a belligerent Iran that is not only rapidly pursuing nuclear weapons, but also rearming Hezbollah and Hamas which sit on Israel’s northern and southern borders respectively," she writes. "Given the multi-faceted security threats that Israel faces, I added my name to a letter to President Obama encouraging him to adhere to the 2007 Memorandum of Understanding signed between then-Secretary of State Condoleezza Rice and then-Prime Minister Ehud Olmert pledging $30 billion in security assistance over the next 10 years." How's that for a "balanced" view of Iran's (totally legal) nuclear program (which is constantly subject to intrusive monitoring by the IAEA) and the "constructive" use of American tax dollars at a time of extreme economic hardship here in the United States?

In her sniveling, belly-crawling retraction, Ms. Clarke essentially concludes that the letters she originally signed "are uneven in their application of pressure and do not sufficiently present a balanced approach/path to peace." Her cowardice is revealed in full, as she continues, "Please know that I will continue to be the strong and unwavering supporter of the State of Israel as I have been throughout my entire public life while working with the Administration and my colleagues in Congress to ameliorate human suffering wherever it may exist." Apparently, that suffering is no longer extended to Palestinians when Ms. Clarke is threatened by a gang of Brooklyn Zionists.