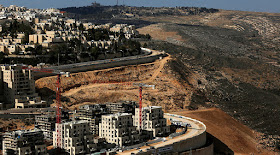 The idea that there exists an ongoing effort to achieve a “two-state solution” in Israel and Palestine - often referred to as The Middle East Peace Process™ - is uniformly taken for granted by American media. This "two-state solution" is always at different stages of viability, yet never quite works out. Presidents fail to achieve it; Palestinian violence makes it "more difficult"; Israeli settlements are "unhelpful" to it.

But how honest is this effort? How are nonstop obituaries for a phantom "process" helping to maintain the status quo, or worse? How much does this infinitely regressive effort deliberately mask an ongoing and active policy of ethnic cleansing by the Israelis in the West Bank and Gaza?

In Part I of this two-part episode, we discuss this "two-state" racket with Professor Noura Erakat.

Noura Erakat is a human rights attorney and an Assistant Professor at George Mason University. In addition to teaching international human rights law in the Middle East at Georgetown University, Noura is a co-founding editor of the digital magazine Jadaliyya and is a frequent presence on national and international broadcasts, including CNN, NPR, NBC, PBS, BBC, Democracy Now!, and Al Jazeera. Her work has been featured in The New York Times, Los Angeles Review of Books, The Nation, Foreign Policy, Jezebel, Al Jazeera, and elsewhere.