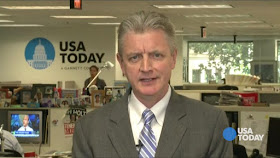 USA Today's Pentagon correspondent Tom Vanden Brook reports today that an American attack on Iranian nuclear facilities would set the program back about two years, and would have to be carried out "with as many as 1,000 aircraft sorties over several days to a week" and employ the constantly-hyped Massive Ordnance Penetrator, a 30,000 pound bunker buster bomb designed to destroy heavily-fortified underground facilities, according to a couple of anonymous "senior officers involved in planning potential Iran attacks."

Vanden Brook seems to have a curious understanding of the Iranian nuclear program. He writes that one of the unnamed officers told him that "[t]he location of Iran's nuclear facilities are not much of a secret" and that "[s]py satellites and other means, including monitoring of social media, result in an assessment known as 'all-source fused intelligence.'"

The reason Iran's nuclear facilities aren't a secret isn't because of U.S. surveillance or someone in the Pentagon scouring Facebook and Instagram - it's because all nuclear facilities in Iran are declared and safeguarded by the International Atomic Energy Agency (IAEA). You can find them all on Google Maps. There's a public bus stop in Natanz called "Atomic Station." The IAEA routinely reports on all of these facilities and affirms consistently that they have no military dimension whatsoever. Nevertheless, Vanden Brook writes, "There are about 20 nuclear facilities in Iran that would need to be attacked, some with as many as 60 individual strikes."

Nowhere, of course, does Vanden Brook point out that such an attack on Iran would undoubtedly be a massive war crime. The only hint of humanity that Vanden Brook lends to the people who live under the falling bombs is when he mentions that "pinpointing the labs and factories that manufacture the means to deliver the nuclear weapon" can be difficult since "building warheads, engines and guidance systems for a missile can be done in scattered locations, including populated areas," and therefore "civilian casualties would be nearly impossible to avoid." Though not completely impossible, of course, since not dropping bombs on people for no reason is a great way to avoid killing them.

Buried at the tail-end of his article, Vanden Brook notes that "airstrikes in Iran make little sense — and could be counterproductive," according to retired Air Force General David Deptula. But even this admission is marred by bad analysis. Deptula tells Vanden Brook that unless Iranian leaders' "desire for a bomb" is changed, "a U.S. attack is a temporary solution at best."

The problem here is that is putative "desire" doesn't actually exist. For decades now, Iranian leaders have condemned and prohibited the manufacturing, acquisition, and stockpiling of nuclear arms on religious, strategic, ethical, legal and political grounds. There is historical precedent for Iran's serious opposition to building and using weapons of mass destruction, even in the face of war and suffering.

United States intelligence community and its allies, including Israel, have long assessed that Iran does not have a nuclear weapons program and, even in the abstract, that its leadership has not made any decision to build nuclear weapons, despite the technical capacity to do so inherent in having a functional nuclear energy program.

The preface to the Joint Comprehensive Plan of Action - the nuclear agreement signed in July by six world powers (Britain, China, France, Germany, Russia and the United States) and Iran, and endorsed unanimously by the United Nations Security Council - states clearly in its first paragraph: "Iran reaffirms that under no circumstances will Iran ever seek, develop or acquire any nuclear weapons." This precise statement is also reiterated early in the agreement's preamble.

More than anything else, unfortunately, Vanden Brook's own desire to boost bellicose voices and further promote long-debunked propaganda in USA Today is undeniable.

Originally published as UPDATE XXI on "The Forever Threat: The Imminent Attack on Iran That Will Never Happen."