The New York Crimes:
All The Lies That Fit to Print 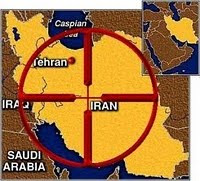 "Two things are infinite: the universe and human stupidity; and I'm not sure about the universe."

"The age of military attacks is over, now we've reached the time for dialogue and understanding. Weapons and threats are a thing of the past...even for mentally challenged people."

The American political, academic, and media establishment has long been beating the drums of war with Iran and, as the author of The New York Times' latest OpEd encouraging the US bombing of that country, University of Texas professor Alan J. Kuperman has now emerged as the Keith Moon of sensational jingoism and, considering his concept of reality, morality, and legality, is probably twice as crazy.

Mr. Kuperman, in a piece published on December 23rd and titled "There’s Only One Way to Stop Iran", stridently advocates for an immediate, unilateral, unprovoked and devastating aerial assault on Iran's nuclear facilities. He writes,

"Since peaceful carrots and sticks cannot work [with Iran], and an invasion would be foolhardy, the United States faces a stark choice: military air strikes against Iran's nuclear facilities or acquiescence to Iran’s acquisition of nuclear weapons."

Apparently, Mr. Kuperman's "one way" is a premeditated act of war, a preemptive attack on a sovereign nation that has not threatened nor invaded any country in over two and half centuries. The "stark" choices that Mr. Kuperman proposes do not include the obvious legal answer: for US policy to abide by international law and ratified treaties guaranteeing the right of Iran to a peaceful nuclear energy program and therefore cease threatening Iran with homicidal military action.

Though Mr. Kuperman claims to believe that "negotiation to prevent nuclear proliferation is always preferable to military action," he immediately turns around to state, "We have reached the point where air strikes are the only plausible option with any prospect of preventing Iran’s acquisition of nuclear weapons." He concludes with the dire warning that "Postponing military action merely provides Iran a window to expand, disperse and harden its nuclear facilities against attack. The sooner the United States takes action, the better."

Mr. Kuperman even believes that "Iran's atomic sites might need to be bombed more than once to persuade Tehran to abandon its pursuit of nuclear weapons." His suggestions not only defy all basic logic and reason, but, more perversely, demonstrate his utter contempt for global jurisprudence, basic facts, and human life.

Despite being a highly educated scholar, Mr. Kuperman, who has a Ph.D. in political science from MIT, reveals a stunning lack of historical knowledge, a general disinterest in providing any sort of supporting evidence or documentation for his baffling assumptions, and a bewildering inability to discern truth from propaganda, all of which, unfortunately, inform his outrageous conclusions. In fact, there are so many unsubstantiated claims and outright lies packed into the relatively short article, it's an absolute wonder that The New York Times chose to print it. Has the Grey Lady laid off all its fact-checkers?

Then again, it should probably come as no surprise that the "newspaper of record" has no qualms about printing fiction masked as truth, as seen with the relentless build-up to the invasion and occupation of Iraq just seven years ago.