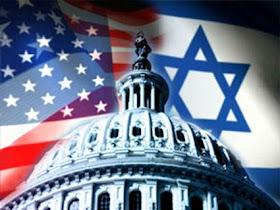 "It is part of morality not to be at home in one's home."
- Edward Said
On the afternoon of November 3, 2009, the United States House of Representatives voted in favor of House Resolution 867 (H.Res.867), an AIPAC-backed bill that urges both President Barack Obama and Secretary of State Hillary Clinton to "oppose unequivocally any endorsement or further consideration of the "Report of the United Nations Fact Finding Mission on the Gaza Conflict," referred to commonly as the "Goldstone Report." With this vote, the US Congress has not only enshrined its opposition to investigations into war crimes and crimes against humanity found to be committed during last winter's Israeli massacre of over 1,400 Palestinians in the closed-off Gaza Strip, but has also affirmed its outrageous and unconscionable commitment to Israel's continuous unfettered aggression and singular unaccountability to international law, rules of military engagement, human rights, and basic morality.

In their successful effort to (yet again) shield the State of Israel from any and all scrutiny or criticism over its illegal use of collective punishment and excessive force against an imprisoned, impoverished, and defenseless civilian population, Congressional supporters of H.Res.867 sought to discredit the UN's 575-page report of meticulously-documented human rights violations. After visiting Gaza, conducting 188 individual interviews of victims and witnesses, studying more than 300 reports, submissions and other documentation including medical reports and forensic analysis of weapons and ammunition remnants collected in Gaza, amounting to more than 10,000 pages, and reviewing over 30 videos and 1,200 photographs, the Mission, led by South African Justice Richard Goldstone, concluded that "violations of international human rights and humanitarian law and possible war crimes and crimes against humanity" were committed by both parties (Israel and Hamas) during the Israeli assault on Gaza (A/HRC/12/48 p.423).

Goldstone's impeccable and unimpeachable credentials cannot be overstated. As a member of the South African Standing Commission of Inquiry Regarding Public Violence and Intimidation, Goldstone was responsible for uncovering and publicizing allegations of the extensive violence committed by Apartheid South African security forces, paving the way for subsequent investigations by the Truth and Reconciliation Commission after South African democratization. He served as a judge for the Constitutional Court of South Africa, chairman of the Independent International Commission on Kosovo, Prosecutor of the International Criminal Tribunals for the former Yugoslavia and Rwanda, and was a member of the International Panel of the Commission of Enquiry into the Activities of Nazism in Argentina (CEANA), tasked to identify and prosecute Nazi war criminals who had emigrated to Argentina. In 2004/5, he was a member of the Volker Committee investigation into the UN’s Iraq oil-for-food program.

The Israeli newspaper Ha'aretz reports that, according to a lecture Goldstone delivered in Jerusalem in 2000, he "believes bringing war criminals to justice stems from the lessons of the Holocaust," which he described as "the worst war crime in the world." In Goldstone's view, the atrocities committed by the Nazis and the lessons learned by the international community in the wake of their discovery have "shaped legal protocol on war" and "constituted the basis for the concept of universal jurisdiction."

Not only this, but in an interview with the Jerusalem Post, his own daughter Nicole (once a resident of Israel) even described Goldstone, who is Jewish, as "a Zionist" who "loves Israel." Goldstone currently serves as a trustee at Hebrew University in Jerusalem.

Nevertheless, the harrowing conclusions and reasonable recommendations of the UN commission were quickly denounced by many US officials (not to mention the pathetic 'who, me?' outrage and phony self-righteousness exhibited by their Israeli counterparts), most of whom had not even read the report in its entirety; their smug derision of the dispassionate facts presented in the report made perfectly clear their intention to cover-up Israeli war crimes and, in so doing, legitimize and endorse Israel's ongoing suppression, dehumanization, starvation, occupation, and slaughter of the Palestinian people.